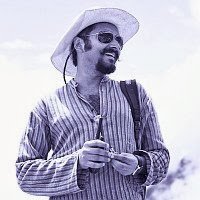 Guest speaker at this November’s monthly meeting on 16 November 2013, Varun Gupta’s childhood shaped his life and passion. Born to a Calcutta based family of travelers, trekking and rock climbing were near staples for the youngster. He had wanderlust in his DNA, and at the age of 8, a camera in his hand. A self confessed nomad, Varun made a significant stop over at Ohio’s College of Wooster, for a Bachelor in Art, followed by New York, for a stint as an animator, and back in India, at Ooty, for a diploma in photography.  Thereafter, Calcutta’s loss became Chennai’s gain. Galleries in Bangalore, Chennai, Calcutta, New Delhi, Kochi and Pondichery have hosted Varun’s exhibitions.

Insightful anecdotes punctuated Varun’s presentation on his ongoing – and, by indent, long playing - project called Photo Sewa. Starting with the Eureka moment in Ladakh, distributing snaps from a previous trip that almost caused a stampede. But the trust and “the access to their lives” the act created, not to miss the joy on giving that Varun experienced, gave birth to a patently ingenious idea. 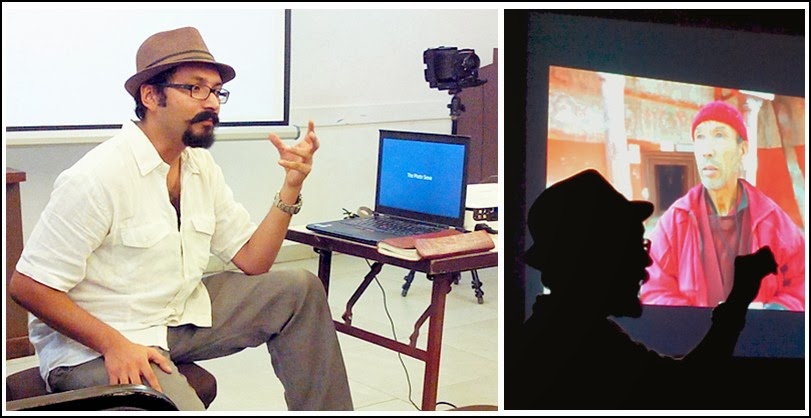 In the midst of the milling crowds at Kumbh Mela, position oneself behind a large format camera, repeat the dramatic sequence of disappearing under the black cape, shoot the unending supply of ‘characters’ with varied headgears and beards – and before you can say Namaskar, you already have a  portfolio of contact sheets, to study human behavior and psychology. Varun’s shots are anything but staged. The subjects decide their expressions and personality projection, producing results as varied as the human beings. In that sense, Varun  “just holds a mirror for each of them”. 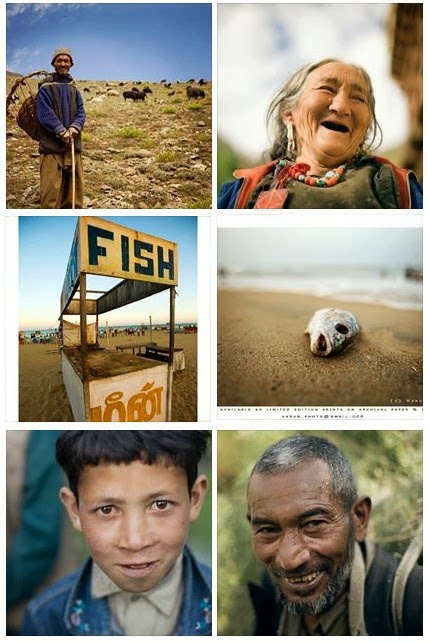 In planned contrast to the normal photography routine of shooting and vanishing for good,  Varun made each shot an act of give and take, with the subject getting to take home his portrait in Polaroid print. Who can refuse the offer, the sadhus and the ascetics included? Yet, Photo Sewa had its challenges, including carrying five cameras, accompanying gear and a virtual portable dark room.

Loading the negative plates, while juggling with multiple cameras, in the midst of an impatient crowd, demanded “well practiced tactile skills and the mindfulness of Zen Budhism”.  In the open, the frayed plastic sheet protecting an idle tea stall on wheels became the backdrop for the shots. The backdrop changed though, after a fleeing Varun was rescued from threatening mobs by a sadhu and taken to his akhada where Varun continued with his give-and-take photography...

His work can be seen in his website: http://varungupta.net/